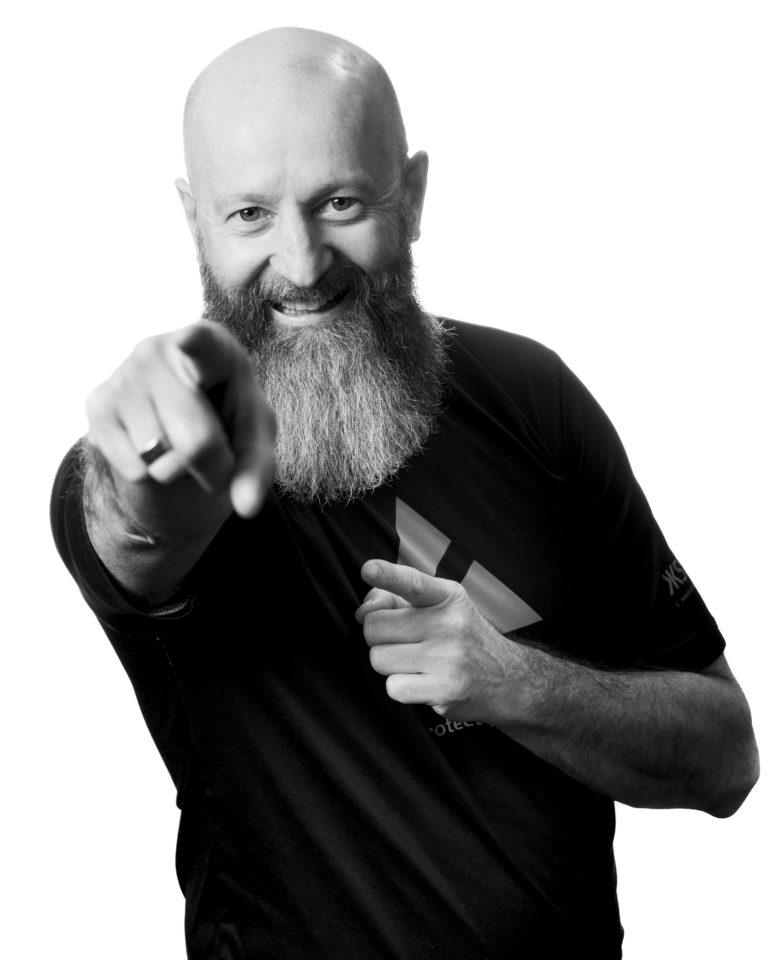 “Because of styles people are separated. Research your own experience, absorb what is useful, reject what is useless, add what is essentially your own.” BRUCE LEE

I have always had a curious nature, wanting to know why, and how things worked. I was never afraid of questioning the Status quo, to find answers to satisfy my curiosity. This trait in a martial arts context has lead me on an amazing quest, meeting and learning from like-minded people and great teachers all over the world. I was lucky enough to find my mentor, Richard Bustillo. A life long martial artist and teacher, that was known for being one of Bruce Lee’s original students. Mr Bustillo was my mentor for almost 15 years until his passing on March 30, 2017

Mr Bustillo forced me to relook at things that I considered to be my truth, and to more times than not, change my opinion and sometimes even my old world view.

Styles I study and teach

Do not be blinded by belts and titles. Mine are not meant to impress you. If anything, let them inspire you to follow your dream.
The belts and degrees say nothing about my abilities as a practitioner, instructor or as a human being.  Judge me solely by what I deliver everyday on and off the mat. Belts and titles are the result of many years of study, they were awarded by my instructors, who at the time believed that I met their grading requirements.

Karate was my first love. Starting at 14 years old in Shorin Ryu Karate, it is the art that has been with me the longest. A trip to Japan in 2000 as a 3rd Dan gave me a peek behind the curtain, and that changed my outlook and approach to Karate forever.

Today I hold a 6. Dan issued by the Norwegian Martial Arts Association in 2016.

If you are a Karate practitioner, looking for some new ideas, a different outlook and an approach to inspire you to grow. Get in touch and I can come teach a seminar at your school or as one instructor on your camp.

Filipino and South East Asian Martial Arts turned everything upside down for me in 1997.
Where Karate has structure, rules, conformity, no room to question what is. FMA is the opposite. You are encouraged, to question, create, innovate and flow. In the beginning this was conflicting for me. Everything Karate taught me was suddenly in question.

Though Jeff Espinous and the late Richard Bustillo have been my main influence on my FMA journey, many other great practitioners and instructors have moulded me into the instructor I am today. Years of experience has given me the ability to spot and develop the similarities between styles. This really helps when implementing the tools for growth.

If you are just starting out with FMA, looking to complement your Karate, Jiu Jitsu or other martial arts, I have been there, so I can be of help to you on your journey. If you are looking to have FMA featured on your seminar or at your school give me a shout.

In early 2000 I got a chance to try Luta Livre & Shootfighting in Germany, I jumped on a plane to Switzerland,  to train with Antonio Nogueira “Minotauro”, but he never showed up, so I ended up training with the great Ricardo Liborio instead. BJJ and Grappling was not really a thing in Norway at that time, so with the lack of inspiration I turned my focus back to what I was already doing.

In 2010 at the age of 40, I decided I needed a challenge. So with no mentor, just a few memories and Roy Deans Blue Belt Requirement DVD. I got some people together and started a regular “BJJ” class. After about a year og rolling around, I contacted Marcelo Yogui in Sweden, he graciously took our group under his wing. I received blue and purple belts by him.

In 2015, I contacted Roy Dean and arranged the first seminar with him in 2016. This turned into twice a year for the next couple of years, with both me & my students truly connecting with his style. In 2018, after much contemplation, I  decided that I wanted to represent Roy Dean Academy moving forward. Though this was a difficult decision at the time, it has worked out well for us. In 2019, at forty-nine years old and nine and a half years after buying Blue Belt Requirements, I had the opportunity to test for my BJJ brown belt with Roy Dean. I can truly say say it was one of the highlights of my career.

I have been a kicker since I was a kid, kicking was almost my calling card. Being a curious kicker, I attended all the seminars and camps with great kickboxers  I could get to, to understand the difference or similarities between karate, taekwondo and kickboxing.  In 2003 my mentor to be,  the late Richard Bustillo suggested at a seminar that we should go to Thailand learn “the real stuff” as he called it.  I took him at his word, and book my first trip. I found a great gym and a great instructor that spoke English. For the next 7 years going to Thailand a couple of times a year was a part of my training regime.

In my gyms we teach IMB Kickboxing. We have managed to create some great National champions in Kickboxing.

In 2015 I was awarded a 5.Dan in IMB Kickboxing by Richard Bustillo.

I have always admired practitioners in all martial art styles that have mastered FLOW or fluidity of motion.

How they make the smooth and reflexive transitions between techniques look so easy.

I was never able to emulate this in my Karate. After years of Studying Filipino Martial Arts I understood the connection.

Let me be your guide and save you time by showing you what you need to know over a weekend. 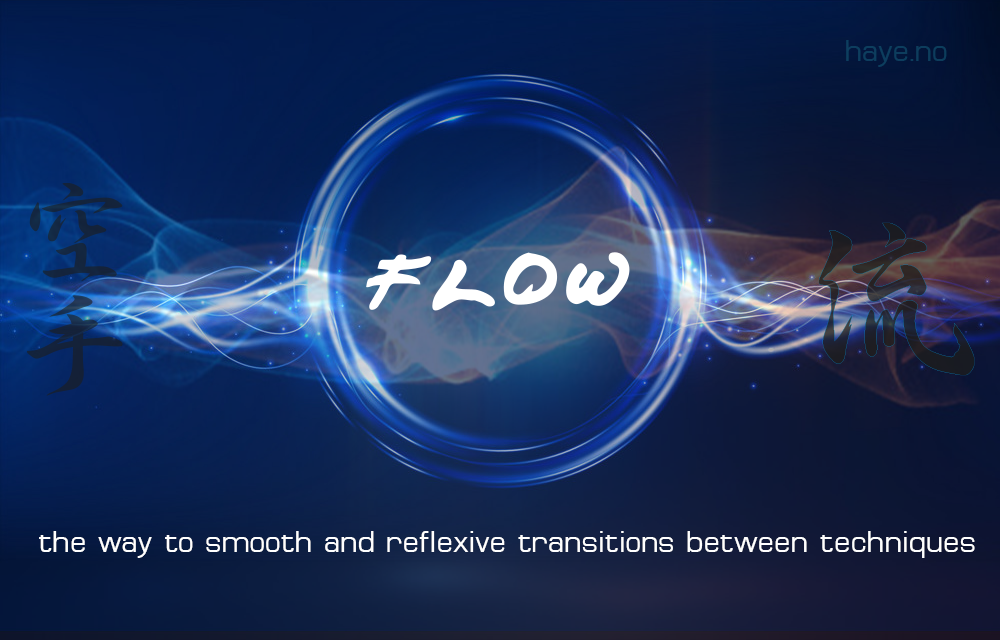 In the FLOW seminar series I  share the secrets and methodology with you. So you will have the tools to develop your FLOW with a partner or your school.

You will learn, drills and games, that can be played with or without weapons to help get your FLOW on. When understood they can be can implemented  into all your aspects of your training.

Taking your Karate to the next Level.

Why book me for a seminar ? Most Martial Artists are specialists in one field. While I have  devoted my life to understanding ranges,  using Kali for Weapons range,  Kickboxing, Karate and Muay Thai for Kicking and punching range, and Brazilian Jiu Jitsu for grappling range.  This gives me a unique understanding and ability to connect and communicate with a broad martial arts audience.

I have a relaxed and informal teaching style. My approach is to make my classes as fun and inspiring as possible, breaking down sometimes complexed things into easy to follow pieces. I feel it is my duty that the participants leave, understanding what they have practiced, instead of just being a part of the “show”.

I am very easy going, I do not expect to be treated any differently than one of the guys. I enjoy a good meal and a clean place to sleep in a single room. I love learning about different cultures, so I usually find my way  around by my self to take in the sites if the opportunity arises.

I usually do 3,5 hour seminars/workshops a day.  That’s the amount of time it generally takes before peoples brains start to explode.

If you would like to book me for a seminar for a day or a weekend, please feel free to get in touch and we can discuss your requirements and give you all the information you need. Organizing a seminar is really easy and we’ll always answer any questions you have as quickly as possible

Contact me if there is anything I can do for you.
Background Heading

The seed for Kristiansand Kampsport was sown 25 years ago. It started out as my laboratory to try out all the crazy stuff we read about in martial arts magasins and videotapes. Today the seed has grown into 2 great gyms with over 600 members.

Running 2 martial arts gyms would not been possible without the help of so many great instructors. I am lucky to be surrounded by amazing people every day.
Home page

Kristiansand Kampsport. TV is where we put all our instructional videos. The videos are in Norwegian and cover the basic martial arts curriculum that we cover in our schools. | Kickboxing | Kali | Brazilian Jiu Jitsu  | Kids |

Try it out for free

Even though the instructional are in Norwegian , feel free to check them out. There is a 14 day free trail period. Enjoy
Instructionals